Popular lore: The popular lore suggests that the Warren boy was abused by his father and his mother would watch. One night the boy stabbed his father to death, and then he slit his mother’s throat. To try and hide what he had done he set the house on fire burning everyone inside. To this day the Warren boy remains locked away in an asylum somewhere. 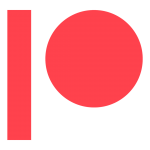