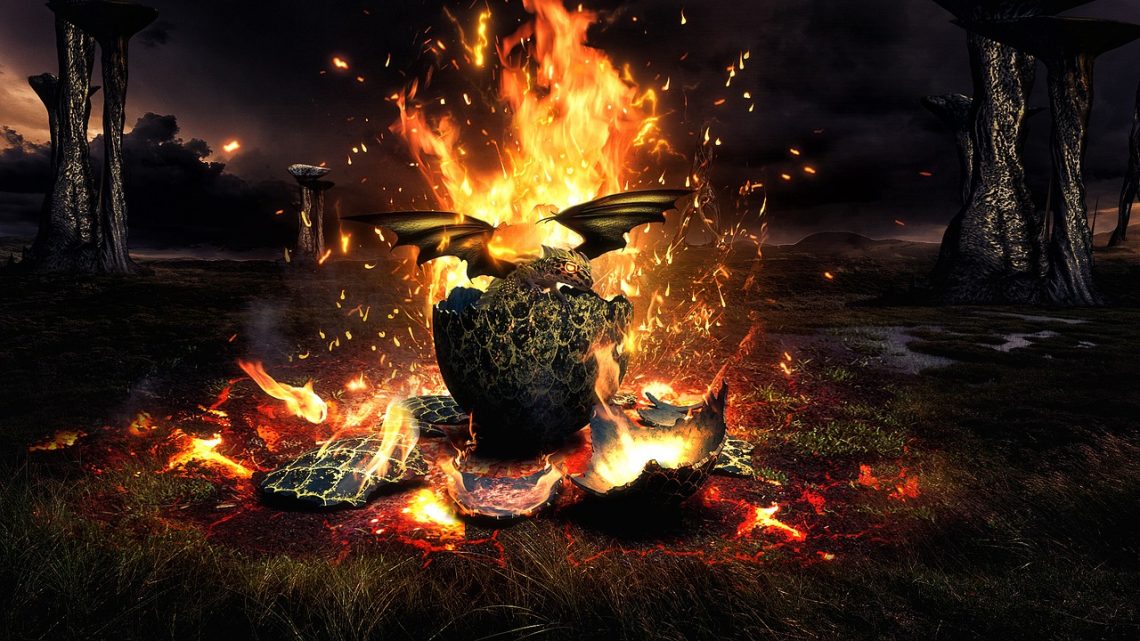 I Dance with Dragons.

‘Gyldendal, son of Draghansle, your song calls to me. Your melody resounds on the winds as it traverses the skies.’

The dragons song whispers to me, and I am engulfed with future images revealed within my minds eye. The song pierces the boundaries between worlds. It enters my quiet places and draws me into its thrall. I fall, and the dragons images shimmer in and out before my eyes. My mind is quieted, only receptive to its message. They dance before my sight with twists and turns, ascending and descending, dancing to the dragons song, to the song of Gyldendal, my friend and guardian.

A stench of rotted flesh floats in and around my nostrils, and as I fell under the dragons spell, I felt the presence of my friends in the Demesnext realm surround me. They wrapped their taloned claws about my shoulders. Their wings spanned around my form, and cradled me with their strength. I was able to see each note dance on their melody, echoing a choir into the ether, a choir of voices as delicate as spun gold. The Demesnext dragons held power over sight, over all possible futures.

The images I saw were projected as if I were seated before a great screen made from clouds, situated above the world. Every image revealed as though I were part of the scenes themselves. Tree tops, grass plains, wide spans of oceans, all moved quickly ahead of me, beneath me, for I am flying.

My stomach lurches as I dip and fall, glide and fly across the face of the planet, lending credibility to my now presumed experience of a more physical interaction with Gyldendal than I have ever experienced before. That day, I found my part held a more tangible role within the experience, an experience that had always been a part of who I was, where the dragon always lived within me. That day though, something was different.

Partial depictions of foaming ocean waters and whirling pools of debris filled my mind. I began to experience a detached occurrent panic within. It forged its way through me to become an extemporisation of the self I had become. I felt a presence, other than Gyldendals, flying alongside me.

‘Gyldendal,’ I called. ‘Something’s trying to coax me into using my powers…’

‘No I won’t… you can’t make me,’ I cried fearfully to the creature on my left and sought safety from my guardian.

‘Allow it Delequin, allow your power to generate, to shine,’ Gyldendal whispered in my ear.

‘It’s echoing throughout my space, Gyldendal, chanting,’ I whisper to her.

‘It’s all right. Just close your eyes, use your powers, Delequin.’

‘I know, it feels like that at first,’ she said, ‘but as you have always trusted in me, trust in me now, use your powers, Delequin. I’ll be with you my friend as I have always been… now… let go…’

Frightening whispers resounded into my shadowed existence, into my dance with dragons. I began to feel a suspicion of intent, so asked their name, but was met with silence. In the dark places to which I found myself, I felt the presence of many surrounding me, yet they did not speak, they did not reveal.

From the corner of my eye, I saw what looked like an elliptical form shining from the darkness, and from within its core there appeared to be movement.

Suddenly, my curiosity imploded with both pleasure and dread. An instant fear engulfed my being as the core of that elliptic form became clearer. Growing with remarkable speed and intensity was a new song. A new Dragon was becoming and I was to bear witness to its nascency. As its song cleared, a short sharp expanse of power shot from its eyes, attaching themselves to mine.

I could see, I could see what the dragons saw, I saw everything, and in that moment, I knew, everything.

Caught up in the dragons gaze, we joined. Her mind with mine. In an instant I knew her and she knew me. Her name was Fersciolous of the Entripcious Realm, the new princess to Demesnext, daughter of the evening star.

‘Delequin, my time has come,’ Gyldendal whispered. ‘Fersciolous is to be your guardian, your friend.’

‘But… I don’t want you to leave, Gyldendal,’ I cried. ‘You’re my friend, you’ve been with me since my beginning, since our beginning…’

I felt the warmth of my tears as they fell across my cheeks, and knew Gyldendal had already moved on to an outer realms. It was a realm not part of my dragons song, though I was still connected to the power of Fersciolous and she, with me. I already knew her, and felt we’d always been together. It was the power and wonder of dancing with dragons.

In unison we took flight. Embarked upon the long journey to our ends. Darkness could be all-consuming, but I flourished within its chambers. The dragons led me through visions of things that had happened, and those that were to come. The things I knew, I could tell no-one, warn no-one. This was the cost of the dance.

I dance with Dragons, they sing me their melody and I understand their verse. I’ve always heard their song, and have always walked with their strength. For me, it has sustained a separation from the black devils of the world that presumed knowledge. I remained protected within the dragons chambered space. When they seek to divulge, I become their vessel on this plain of existence, and their revelations are revealed exactly as they choose.

Fersciolous and I meet in the night of my dreamings. We speak on many things and she reveals unspeakable wonders to me. Though sometimes, just sometimes, Fersciolous simply holds me as I remember my friend, Gyldendal.

Embellishments are not far fetched